So Matthew was presumably out with this fighting patrol when he was captured.  They started about 500 yards south of Potijze, and attacked a post about 800-900 yards away, probably at Hussar Farm. 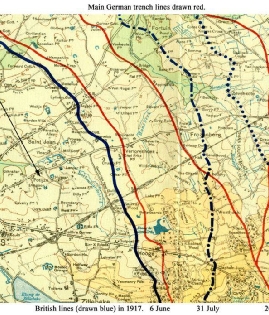 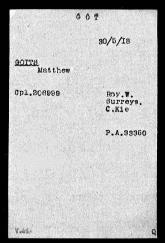 The image on the right is the list produced by the Germans of all the POWs as they are taken and processed on arrival at the POW Camp, then sent to the Red Cross. They passed these on to the Red Cross in England who would make the information available to the military and hence to family members. It identifies Matthew as a Corporal in Royal West Surreys, and I think it means C Company. I believe it says he was taken prisoner on 30 May 1918, (which matches my earlier investigation) at Ypres, and wasn't injured. Hirson is a place near Arras, so it is possibly where he was taken after being captured. It also has ‘Duelmen’ scribbled in red at the top right. This is a place over the border into Germany, and may have been a second clearing stage before sending POWs to Cottbus. It has his date of birth and next of kin. 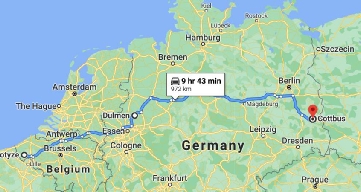 The Red Cross site has details of all the prisoners of war (POW) it is aware of. This index card shows Matthew’s details and points to the other images they have.

Matthew’s journey from Potijze via Duelmen to the POW camp at Cottbus, nearly 1000 km. Presumably over that distance he would have been taken by train.

Other entries in the Battalion Diary show they were based near Potijze, near Ypres. On this map Potijze is marked with the arrow. 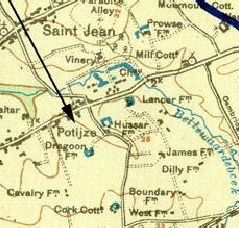