Additional Information: Son of Mr. and Mrs. Gotts, of 123, Grace St., Byker, Newcastle-on-Tyne. He is also on the memorial wall at Tyne Cot cemetery, panel 34. (Right column near the bottom)

We don’t have an exact match to the address for anyone in the 1911 census, but Samuel’s family lived in Byker in 1901, and his uncle Arthur lived in Grace St in 1911. 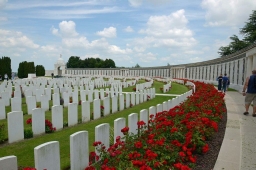 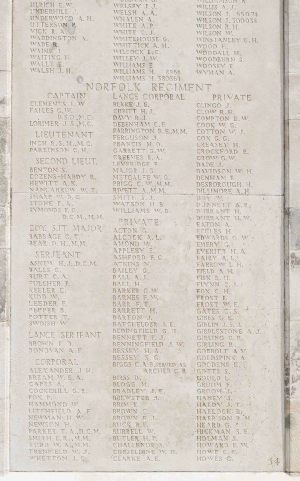 In theory, Samuel would have been 18 in 1916, so he appears to have enlisted as soon as he could. The 1st Battalion had been in France since 1914, so he would joined later. They were in Egypt and came back to France in March 1917 as part of the 15th Brigade within 5th Division.

There is a reference that on 9th Oct 1917 in the early hours, the 1st Battalion Norfolk Regiment was involved in an attack on Polderhoek Chateau close to the Menin Road during the Third Battle of Ypres. On 17th Oct, a draft of 148 Northern men arrived, and it is likely that Samuel was part of this group. This means that it was only eleven days until he was killed, so a very short life in France.