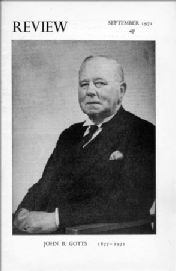 Here are some notable Gotts people:

His name is engraved on the font cover at St George’s church in South Acre in Norfolk. See Stories 11 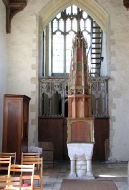 Richard and his father Robert were granted the Gottes Coat of Arms. Here are the links to details of the coat of arms and the family who obtained them.

In 1861, August 7 there were Gottses in the Douglas County Home Guards, 75 men based in Vera Cruz, Indiana. William Gotts and John Gotts were listed as Union troops under General Lyons. They disbanded on 13 October 1861 and joined Colonel Phelps Missouri Volunteers at Rolla. See Stories 5

There is an official hero in the Bacton family. Charles saved a boy when a well they were digging collapsed and he died. He received the Carnegie Hero's Trust Medal for bravery: maybe YOU know where it is. See Charles 287 tree #034

Rose through HMSO to become Assistant Controller. Both he and his wife Bertha published books.