Robert 2116 was born in 1814 in Castleacre, and his father is thought to be 'Houlding' or Holding' Gotts. He married Susan Gowers in 1839, whose father was William Padgett. Their children born in Swaffham include:

Robert 1814 and Hannah in Michigan

The family homestead was at Gotts Corner near Bad Axe in Michigan. See article about a reunion in Stories page 7.

A Funeral card for Susan held by Michael Harrington has the verse:

Yet she feared not her doom,

For well she knew that there was rest

And peace beyond the tomb."

Most of the family moved to the Loftus and Guisborough area, where they lived and died. There were no male descendants in this area.

Question: We have not found birth details of 'Houlding' Gotts; who was he, who were his parents? 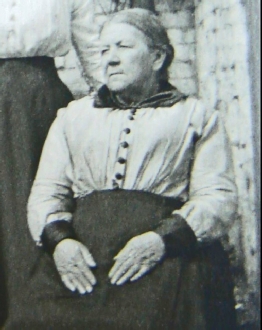 Thanks to Anna Park