James Atkinson 373 Gotts was born in 1917 in Seaton Delaval and is in tree #040. Both he and (my father) James Atkinson 414 Gotts were first cousins named after their uncle of the same name who died in WW1.

This photo is of him during WW2 with one of his sons. 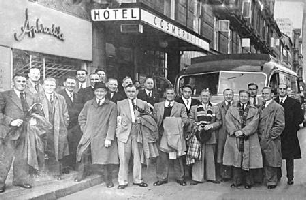 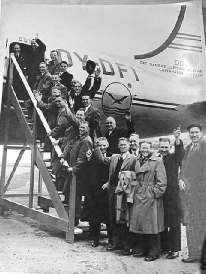 Jim is holding his hat and wearing a scarf

In 2014 new Wikipedia page went up as part of a project to add footballers, and Jim Gotts now has his own Wikipedia page which describes his career with Ashington, then Brentford and finally Brighton & Hove Albion. 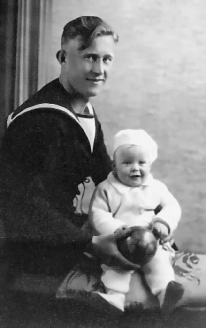 Thanks to his son Alan Gotts for these photos

This autograph appeared on eBay: hover over to enlarge

Click on Next Page to read about Brighton & Hove Albion