I received an email from Thorpe Market Church near Norwich, asking if we could trace any living relatives of two Gottses buried there. The gravestone had been moved without any permission from relatives to make the graveyard more manageable, however there is an opportunity to re-instate it. So far we have not managed to trace anyone. The details are shown below, and a clipping describing what has happened is shown. 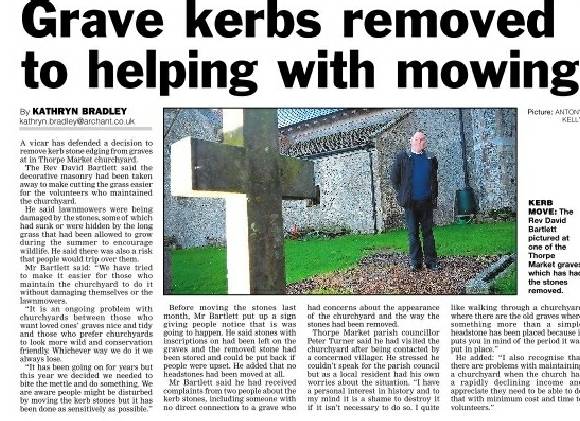