CWGC has this information:

Lissenthoek is a hospital cemetery,  and those who died in the field hospital there were buried. There are c 10,000 graves, all neat rows, but not evenly spaced and they were left where they were buried when they died. Bertie would have been in the hospital for some reason, and died there.

This is the first cemetery I went to on a WW1 tour in 2013, and you can see the view from the gate. Initially, you find the grave you are interested in, then take a step back and realise that not only are there lots of similar graves either side, but rows and rows behind, and each row is so long you can’t see the end of it. And then you realise the massive scale of the loss of life. 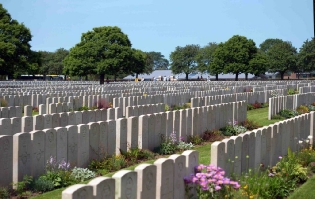 His Soldier’s Effects entry shows he died on 5-1-1918, and his money was sent to Rosie, his widow. His Medal Roll card shows nothing more.

His second cousin was Marshall Frederick, who died at Guillemont. 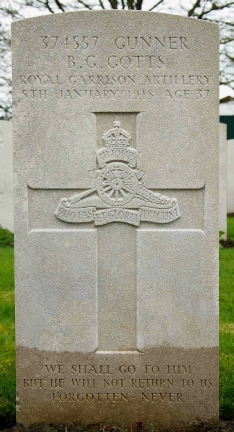