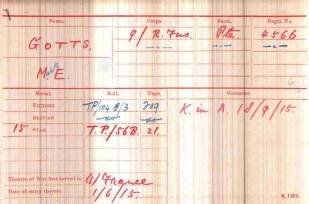 Mark Edward was born in West Ham in 1885 to Mark William and Mary Gill. He married Charlotte Elizabeth Cross in 1913.

His Medal roll card shows he was in France on 1st June 1915 with the 9th Royal Fusiliers.

On 14th Sept 1915 they were at Houplines, about 10km NE of Lille, on the Belgian border. They stayed there but on 18th Sept they reported two shrapnel shells falling at the junction of trenches 80 & 81, and 12 Whizzbangs in trench 83. There is no report of casualties, so whether Mark was killed by these or by action prior to 14th Sept is unclear.

The Soldiers Effects show his wife Charlotte Elizabeth as the beneficiary, though as he owed £2-6-1d she would only have got the War Gratuity eventually. I presume they didn’t collect the debt from his wife. 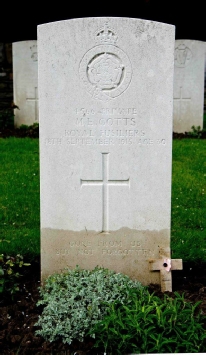 He is buried in Houplines