He is commemorated on the Loos Memorial, panel 31, which forms a backdrop to the cemetery known as Dud Corner, named after the war. So it is not clear where his body was buried, presumably by the Germans, but an unnamed grave.

The Red Cross records show more information. The record card on the left has a date, and the cross beside it presumably is shorthand for found dead. The back-up cards show he was found dead on 27th Feb 1917 near Richebourg Avoue, near Neuve Chapelle. So this confirms he was killed during the raid at the trench. 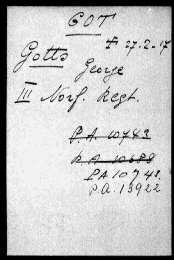 George’s memorial is on panel 31 on the left hand side as you go in, which is the North-West wall. His name is left column near the bottom. 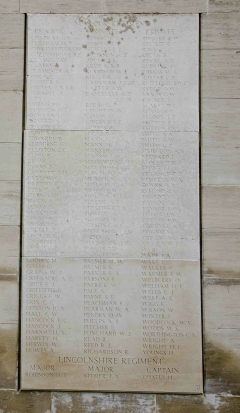 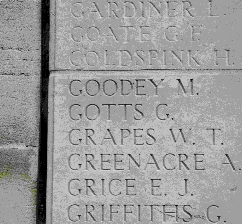