Thanks to Chuck for the information used on these pages

According to Chuck Newyar, Bertie did not want to go back to the Somme, and decided that Mesopotamia could not be any worse. He signed up with the 2nd Battalion Norfolk Regiment in August 1916, two months after his second injury. He sailed for Basra, Mesopotamia (now Southern Iraq) in October 1916 to join the Regiment who were fighting there. The campaign had started as protecting the oil refineries and fields around Basra, but then became a way of pursuing another offensive by attacking the Ottoman empire. 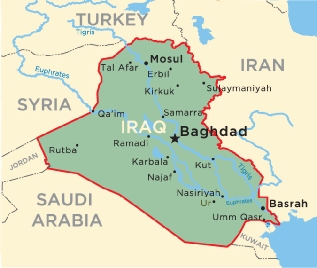 In February 1917 the British Army moved north from Basra to retake Kut, further up the Tigris as the first stage of attacking Baghdad. 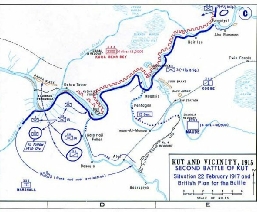 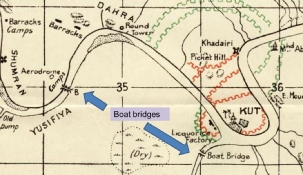 They decided to cross the Tigris river to the West of Kut, crossing from the South as the way of gaining advantage. 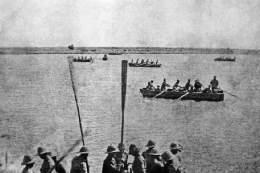 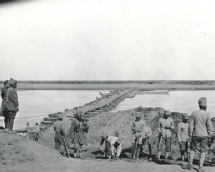 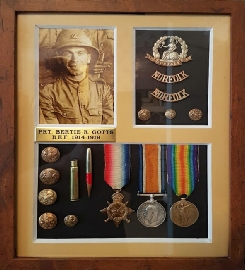 To do this they built boat bridges using canoes. Bertie commanded a pontoon boat during the battle of Shumran bend on February 23rd 1917 and ferried 12 loads of soldiers across under fire.

A copy of his lengthy WW1 diary is at the Royal Norfolk Regiment museum.