This is the Local Defence Volunteers Service record for Sydney

In 1939 Sydney was living with his father George and his stepmother Jane Forrest in Addison Cottages in Ryton. George was a winding man at one of the collieries and Sydney was a colliery bill clerk.

Seeing the Home Guard section is stamped at Clara Vale Colliery, Ryton, it looks likely that they both worked at Clara Pit in neighbouring Crawcrook. 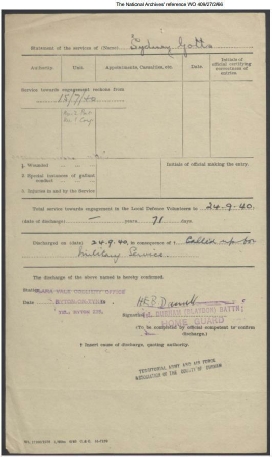 Overleaf we can see he must have been training with them since 15 July, and was assigned to no 3 patrol in No 2 Company.

Sydney’s time in the Home Guard was shortlived. By 24 Sept that year he had been called up for active service.

Does anyone know what Sydney did in the war?

There is S Gotts in Worcester Regiment.  I am aware of a Sydney Leonard SN 1201430 joining the RAF in 1940, but I know of no Sydney Leonard.

Can anyone help me write up what he did? 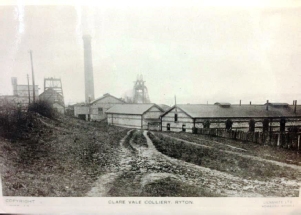 At its peak in 1948 the Clara Vale pit produced 197,000 tons of coal, although from then on, as the demand for British coal contracted, output steadily declined until all the coal seams were deemed uneconomic and abandoned. The pit finally closed in February 1966. Click here to read more about the conservation project: CVCG