My Auntie Blanche (Gotts) was in the WRAF during the war, based in Tolthorpe, near Thirsk in Yorkshire, where Halifax and Lincoln planes were stationed. One night the station commander called her into his office and said he regretted to inform here that her brother had not returned from a flight over Germany. She didn't have a brother in the Air Force, but he was definitely a Gotts.

Much later when I was researching the name, I learned of Rex Alfred Gotts. Presumably, that was who my Aunt heard about!

Also, Blanche’s nephew Brian was in the RAF and was based at RAF Swinderby for a while.

Rex was serving in the Australian Air Force when he was shot down over the North Sea. 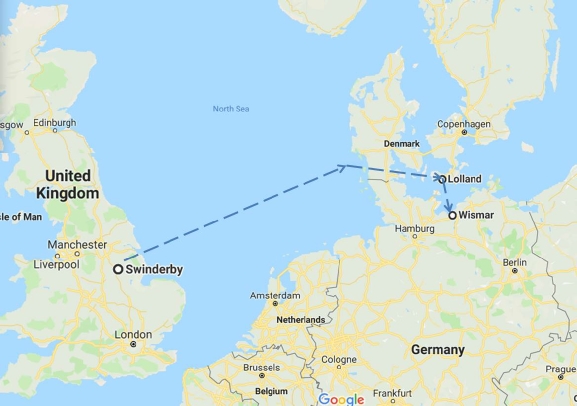 He was flying out of RAF Swinderby in Lincolnshire to bomb Wismar in Germany, and must have been following a route like this. Whether they were  shot down on the way in or after the raid we don’t know.