From 30 June 1942 Jim appears to be working at Rosyth naval base, just North of Edinburgh in Scotland, at least for some of the time. We only have the entries in the ‘Pay and Victuals Register’ rather than the exact locations where he was based.

This continued through June 1943 when he was working at HMS Cochrane.

After the battle of the Java Sea

Jim’s mother never believed he was dead and said she had a dream in which he said he was OK.

Until Alan Gotts got Jim’s service record we knew nothing more, other than he returned to England safely.  There is a vague reference to HMAS Leeuwin, a naval base at Fremantle near Perth, Australia. This must be where Jim and the rest of the survivors were from arriving in early March 1942 to June. There is another unclear reference to a Norwegian liner SS Bergensfjord (used as a troop ship), presumably returning them to Britain about 30 June 1942. 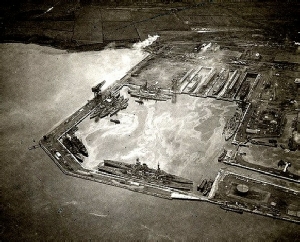 Rosyth was a dockyard with a number of buildings and repair and support facilities, along with several dry docks and yards. HMS Cochrane is the naval name for the dockyard.

22 Feb 1944 Jim is listed as Acting Petty Officer In Charge of the Dock School.

Presumably the dock needed to train new sailors or dock workers in the work they would be doing for the maintenance and resupply of the ships.  These would arriving both to refuel and to undertake any necessary repair work after battle or the effects of sailing in physically hostile environments.

The last entry show him in the ‘Pageant Party’ for 3-6 June 1945, though whether this was back in Portsmouth or just a cost centre for pay is not clear. 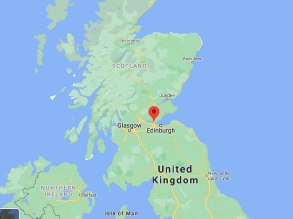