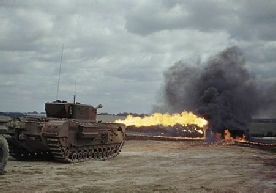 107 Regt RAC had Churchill Crocodiles, a flamethrower shooting flame 150 yards which required a six-ton trailer to be towed for the fuel. 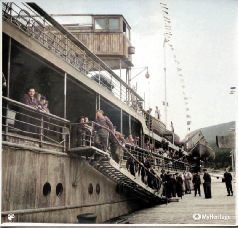 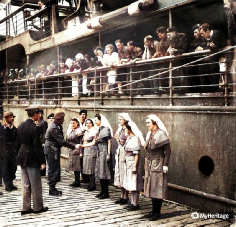 Dad had these photos, which are either of the embarkation at Tilbury, or the return from Oslo later in 1945. 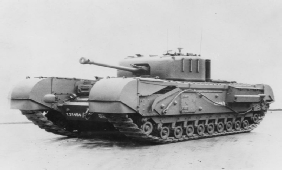 Dad has spoken about training on gliders, and the possibility that they would have to jump and land by parachute. The only time I am aware that gliders were used was on D-Day itself, so maybe they were trained with a view to being one of the D-Day support units, and that the plans changed.

It seems that 34 Armoured Brigade advance units embarked on 16 June at Tilbury in a flotilla of ships, which could not land them in France for several days because of the weather. Eventually the body of the Brigade were able to embark (Dad is listed as embarking on 24 June) and cross without incident.