Ploesti: the last Bombing Raid of Harold F Gotts in 1943

Major Robert Sternfels is a veteran of Kane's 98th Bomb Group at Ploesti. He interviewed the key players later in life and has exposed serious failings. He lays the blame on Colonels Smart and Compton. 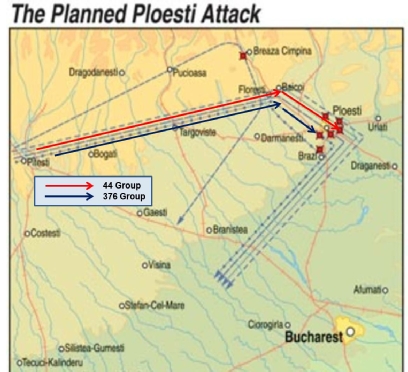 Map is c/o this website who have analysed the raid and identified where it all went wrong. 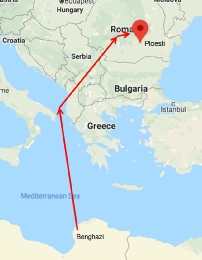 There were five groups of B-24s with separate targets around Ploesti including 44th (Howard's group) who were to hit target Blue (Brazi), located southwest of the city.

USAF Colonel Jacob W. Smart had conceived the idea of a massive low-altitude attack launched from Benghazi, Libya. In theory flying in at treetop level made the planes difficult to track, but it relied on there being little ground defence ready to meet them.

The whole raid of 177 planes carrying 500 tons of bombs was planned to last 20 minutes. The bombs were fitted with fuses designed to go off in 45 minutes for the first bombers, to 45 seconds for the last wave to prevent them blowing up following aircraft.