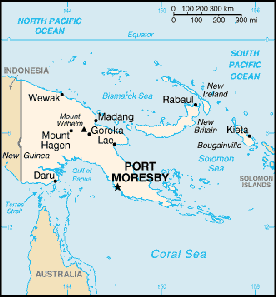 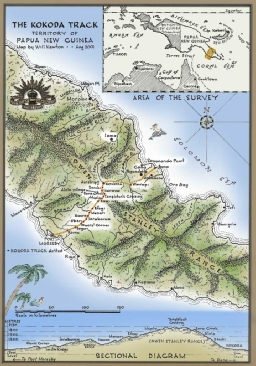 The 2/1st Battalion deployed to New Guinea, arriving there in September 1942 just as the tide of the Kokoda Track campaign began to turn back in the favour of the Allies. The battalion subsequently joined the Allied pursuit of the withdrawing Japanese north towards their beachheads around Buna-Gona, and during the counter-offensive the 2/1st Battalion were involved in the major battles at Eora Creek and then at Gorari, followed by Sanananda between October and late November 1942. Heavy casualties were suffered by the battalion during the campaign, with over 60 percent being killed, wounded or evacuated sick.

We don’t know when Hilton was injured, or why he died. The conditions he was fighting under were harsh, with jungle, malaria, limited rations. They were crossing back over the Owen Stanley mountains, with little mechanised transport and the constant risk of rearguard attack by the retreating Japanese. Casualties would have come out by stretcher for long distances, and occasionally by jeep.

What we do know is that the day he died (6 Feb 1943 the Battalion was regrouping back in Ravenshoe Australia, with c160 soldiers (presumably the remainder of the Battalion), so he must have been too ill to go back to Australia.

This webpage describes the activities of the 2/1 Battalion

This describes the Kokoda Track in more detail

Troops from the 16th Brigade, including some from the 2/1st Battalion, cross the Owen Stanley mountains in October 1942.

Hilton Kenneth was fighting in the same War arena as his brother Eric.

The Japanese invaded New Guinea and the Solomon Isles in order to cut off the supply routes to Australia. By making it more difficult for them they could prevent any ships from being active in the Pacific Ocean.

Hilton Kenneth 2891 was in the 2/1 Bn Australian Infantry A.C.M.F., fighting in Papua New Guinea (PNG) itself, on the well-known ‘Kokoda Track’.