From the Battalion diaries it looks like ‘D’ company was heavily attacked and sustained casualties. 6 jeeps were sent to retrieve the wounded, however the jeeps were ambushed and three drivers and one escort were all killed. The remainder of those on the jeeps managed to walk back to base safely.

These appear to be the only deaths on 31 March, so I assume that Eric was either driving a jeep or the escort.

The Battalion diary that day can be downloaded for free from the Australian Government website here: Battalion diary.  Download the pdf direct as it is large.

Reading the Battalion diary gives some insight into how difficult the terrain was, fighting in tropical jungle. The Battalion had not had much practice prior to starting fighting in 1944, so they learned fast.

Malaria was a constant problem, and as there were no roads as we know them, the only way to get casualties out was on stretchers over considerable distances. Natives helped with this. This review of Operations is also good background to what it was like:    Operations report

The Japanese were struggling with rations, and starving, and there is a reference to seeing two corpses with steaks cut off their legs (though this wouldn’t be Eric as he was alive when that comment was made).

On the lighter side, the Operations review comments on the Jungle trousers:

The Japanese invaded New Guinea and the Solomon Isles in order to cut off the supply routes to Australia. By making it more difficult for them they could prevent any ships from being active in the Pacific Ocean.

Eric Aubrey 2890 was in the 25 Bn Australian Infantry A.C.M.F., fighting in Bougainville, a small island to the east of Papua New Guinea (PNG). 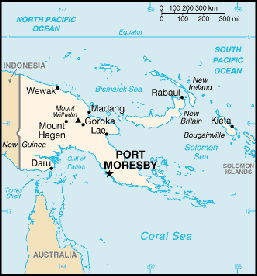 With the Japanese in the South-east corner of Bougainville Island, one of three attacking points was around Toko, where the 25th Battalion was holding the road from Toko to Mosigetta at Barara on the Puriata River which was called Slater’s Knoll. The Japanese made several probing attacks in late March prior to a major offensive due to start 1 April.

“The JP Trousers: as issued appear to be made in sizes to fit abnormal men, consequently only one man in five can obtain a pair of trousers that comes anywhere near to a fit:-

Men with enormous girths (not feasible in this climate)

Or Men with elongated stomachs - up to 24 inches from waist to crutch. (Or is this a doubtful compliment?)

The result is that a man either has a pair of trousers which fit him around the waist and hips but do not reach down as far as his gaiters, or else obtaining the correct length of leg, he has a surplus length of material bunched around his waist and is most uncomfortable!”