Alfred 1207 emigrated to Geelong, near Melbourne, and married Margaret Josephine 1210 Riley in 1872. They had 12 children, including: 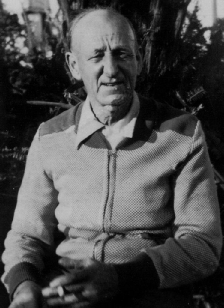 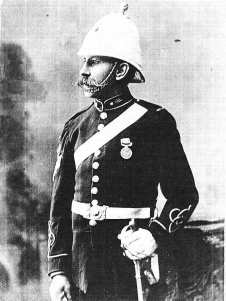 Kevin Stanley says: “My grandfather Roy told a story of how (Roy) jumped ship in 1914 and joined the army. We know he applied to leave the merchant navy to join the army, so I believe his story could actually be his father (Alfred) instead. Maybe on a trip to Australia he has jumped ship and never returned to England, I have searched for deserters from the British navy and their are no Gottses there, so he was probably an ordinary seaman.

I think the photo was taken when he received the Victorian volunteer's medal. You needed 15 years service to obtain the medal.”

With thanks to Kevin Stanley

William Alfred 1216 married Amy Elizabeth Sadgrove, and there are descendents in Auckland. He also changed his name to Gray, married Jessie 1218 Parkyn

Roy Stanley Gotts 1220 dropped the Gotts and started the Stanley family. He  married Christine Morgan in 1911 in Geelong, Aus, and later Lilian Drage.

Kevin Stanley is descended from this family.