The growth of Hull as a shipping port

During the 1700’s Hull grew into the third largest port in Britain.

With the woollen trade of West Yorkshire, the iron trade of South Yorkshire with cutlery, and even the trades of Birmingham, hosiery from Nottingham, Derby became better-connected to Hull by the building of canals. Imports included timber, and various foodstuffs from Russia, Northeastern Europe, and the Baltics.

During the first half of the 1800’s several new docks were built in Hull, but by 1820 its trade had slightly dropped, partly because Grimsby had grown, but also because Grimsby did not charge the London dock rates that Hull charged.

In the 1800’s growing trades in Hull were whaling, fishing and a major ship-building area with several Admiralty vessels built there. Hull's fishing industry took off and between 1854 and 1887 over a thousand 'Smacks' (a type of fishing boat) were registered at Hull. Many 'Smackmen' from the south east of England came to live and work in Hull.

Some children of George Thomas 1573 and Mary Suddaby 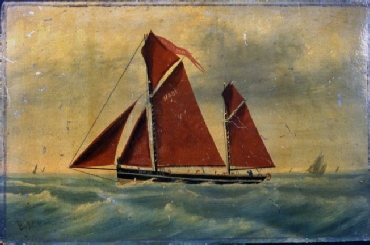