Clearly the family looked after each other. Did Elizabeth and Mary Ann find a job in Richmond for Sarah Maria? And her brother James & Jessie help out when George Herbert was born? And Sarah then becomes housekeeper to her brother in law Charles Ducker after Mary Ann dies.

One point to note is that George Herbert's son was named Charles Harris Gotts, so there was clearly some strong association with his uncle Charles Harris Ducker.

Charles was a builder in Castleford, and he was a champion weightlifter.

According to the Yorkshire & North East Powerlifting Federation he is still the British and YNE champion for the "Right Hand Clean & Jerk". The lift is one of the 'odd lifts', which were 42 lifts for which rules and records existed, but were rarely competed for. He lifted almost 100kg over-head with one hand, weighing only 75kg himself! (so in English money, he weighed 12 stone and lifted 16 stone over his head, equivalent to four bags of cement with one hand!!!)

So Charles was, and still is, a British Champion. 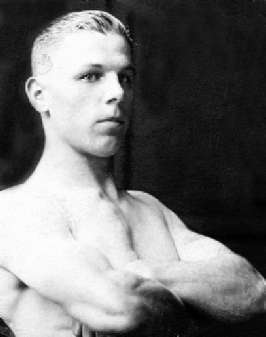 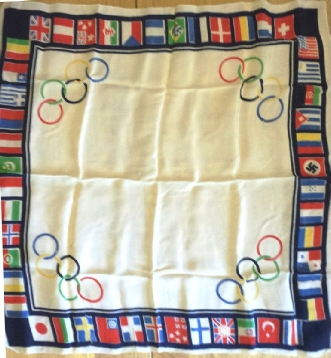 Charles’s daughter Jean had a photo of Charles with the 1936 Olympic Weightlifting team in Berlin, but it was destroyed in a fire.

She also has this Olympic scarf from 1936 which he brought home. You can tell it is 1936 from the swastika at middle right.

Charles died young in 1947, and Jean had never got any confirmation whether he competed there. My further investigation of the Olympic and other records unfortunately does not support this. It would have been even better to have an Olympic competitor in the family!

Clearly Charles went out to support the team and was a champion in his own right.

For more details read this article: