Anthony married Mary Horth in 1764 in Norwich, and they had:

Mary Horth died in 1877, and was also buried in St Helens Norwich.

As yet, we have little knowledge of the family after this except for John 192. According to his marriage record, he was from Gt Yarmouth, however his age and the place he comes back to, suggest he is a good fit to this family. See next page for more detail.

After Mary Horth died Anthony married Susanna Newman in Norwich in 1788. Their children baptised in Norwich are:

In James’ entry it states Anthony was a pauper, the first time that is noted.

St Helens is an old church associated with the Great Hospital. Again, it was a busy church. 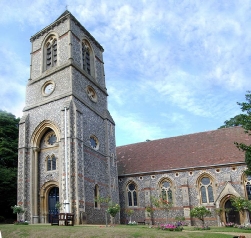 Anthony and Susanna were married in St Andrews, Thorpe Episcopi in 1788. Anthony died in 1809 and Susanna went on to marry John Lawrence which we know from the birth of their son William in 1811.