Ann Smith’s will is interesting: dated 1688:

Joan Gotts (sister, so not John)

We have not found a George marrying a Mary Smith yet, so it is possible this is not the right family. This is yet to be confirmed by record.

Within this family we have Richard and George, but we haven’t found Joan or Mary.

We have a Maria Gotts bp Thurgarton (next to Alby) 29 Jan 1685  of [ ?] Gotts & Maria, which could account for Mary, (wrongly identified as a burial!) However would a child be identified in a will when aged three? 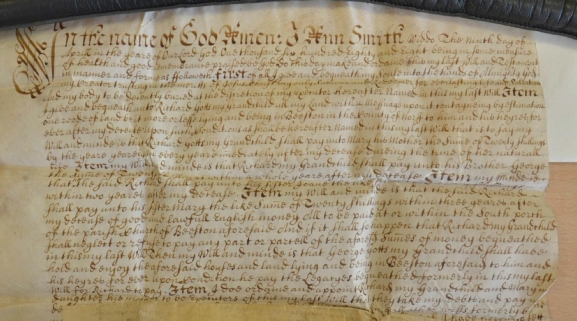