Anthony was baptised in 1690/91 in Alby, not N Walsham as we originally thought and we see from the baptisms of his children that he married Elizabeth 359 though we can’t find a marriage entry. Their children were baptised in Lessingham and North Walsham:

Anthony and Elizabeth appear to have moved to N Walsham with both of the buried there.

Richard married Elizabeth 359 Goodwin in East Ruston in 1738. Their children were baptised in North Walsham:

This is as far down the tree as we know for Richard’s family.

John appears to have married Margaret Colby in Norwich in 1742. We have the baptism of:

And we believe they also had a son:

We can’t find his baptism, but an Anthony witnesses Charles’s marriage in 1771 Thorpe Episcopi, Norwich. When you look at all the Anthony Gottses you can see that he could only be this one and may be Anthony’s brother or cousin. 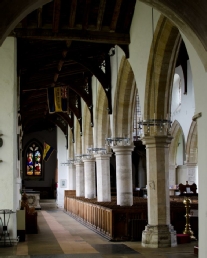 North Walsham figures frequently in events around this area. As the local market town you can how busy the registers are compared to other parishes.

This part of the tree was originally tree #28