We think this is George, single of Alby, married Mary Pull from Swanton Abbott in Erpingham in 1690. Their children we have found in Alby are:

Alby with Thwaite is a small parish in the North-East of Norfolk. Just over 2 square miles, and a population of c 200-300 people, it becomes clear that people would be living or working in different parishes. Alby to Sheringham on the coast is only 7 miles but 5 parishes! 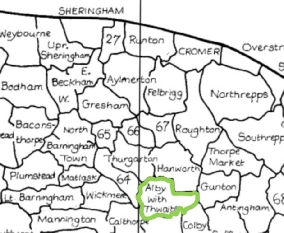 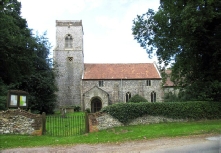 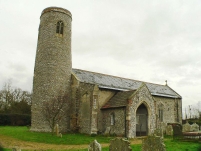 The only child we have any knowledge of is Anthony 358

What happened to the rest?

Part of the confusion is the repeated use of common names, such as Mary, Richard, George etc.

With places such as Thurgarton, Roughton, Felbrigg, Thorpe Market, Erpingham , Barningham all having Gottses at some point, it brings home the challenge of constructing families this far back, so these early trees may have errors. This tree is the best estimate we have based on the information available.

The parish also has two churches:

We assume that the records from both churches are in one parish register.