From William 1733’s discharge papers we know he was born in St Helens, Norwich, about 1787 based on his age at attestation. He joined the 24th Regiment of Dragoons in 1805, served in India and married there. At time of marriage to Mary Wright in 1811 he was serving as corporal in Meerut, near Delhi, which housed the largest British garrison in north India.

The regiment was originally the 27th Light Dragoons serving in India, and in 1803 it was renamed the 24th Light Dragoons. Light Dragoons were infantry on horseback, used more for lookout, and maintaining watch over roads, forts. They were cheaper to run than the heavier-armed cavalry and paid less.

They fought the Maratha empire in India in a second war from 1803-1805, followed by a third war with the Pindari from 1817-18. The Pindari were irregular bands of warriors who took payment from the Maratha for disrupting British troops rather than attacking them. The British decided to finish this by attacking them, in part wiping them out but also taking them into the British Army. 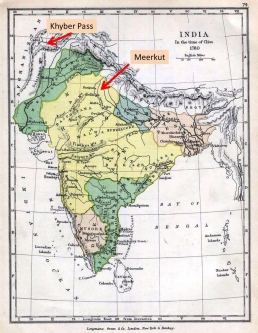 William may have taken part in the end of the Second War, and would be there for the Third War. The regiment was disbanded on 4 May 1819, gaining the right to wear an Elephant badge with the honour ‘HINDOOSTAN’. William was discharged on 25 May 1819, so this was presumably all part of disbanding the regiment.

Though we haven’t found a service record, there is a Chelsea Hospital Out-pensioner’s record. The other side of this shows he intended to live in North Walsham. 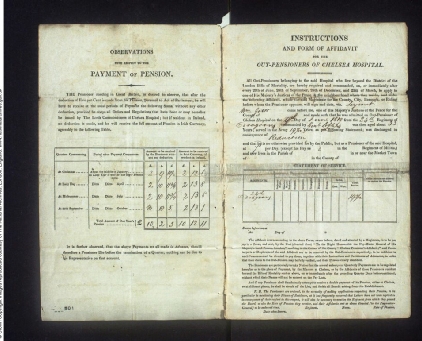