Nick Gotts and Ian Gotts of Kings Lynn have shared what happened to Matthew after the war.  From Eric Reading's "A Mundesley Album" (Poppyland Publishing, 1985), p16, picked up at a second-hand bookshop in Norwich some time ago by Ian:

"The Head Gardener from 1905, Matthew Gotts, excelled in producing first class vegetables and flowers and exhibited at the Norfolk and Norwich shows, twice winning the Sutton Cup against all comers at the Sweet Pea Society's annual show."

Nick confirms that Matthew was head gardener and junior partner at the Mundesley Sanatorium. There is a book by the senior partner, a medic called Sydney Vere Pearson: “Men, Medicine and Myself”, who seems to have been quite eminent, and himself a tuberculosis survivor. Nick now has a copy of the book and on page 60 it refers to the flower growing:

Before the war, Matthew had started working on the Gunton Hall estate and Nick Gotts, Matthew’s grandson, has found a record of him in 1901 in the Gunton Archive working as a gardener around Thorpe Market in Norfolk:

Nick says ”He is recorded as receiving 15 shillings (20 shillings made 1 pound sterling) for two weeks' work at Thorpe Gardens (I don't know exactly where this would have been on the estate). At this date he would have been 15.” 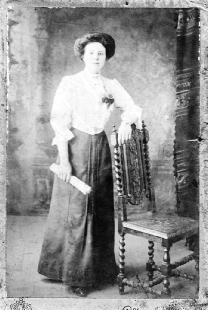 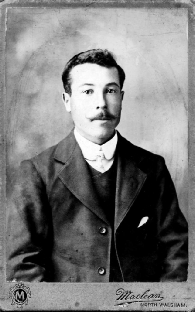 Matthew married Elizabeth Myhill in 1909. Nick says they met when they both worked at ‘the big house’, which he believes was Gunton Hall.

"..for years we used to gain 80% of prizes for the scores of exhibits of vegetables and flowers (grown primarily for the patients' delectation) sent to such shows as the Norfolk and Norwich, and that our sweet peas were renowned. Twice we won the Sutton Cup against all comers at the Sweet Pea Society's annual show. But these 'side shows' I left in the hands of our faithful and clever head-gardener Matthew Gotts who has been with us since I started in 1905. "

This film c/o EAFA shows the Mundesley sanitorium, though does not show Matthew. Click on it to play it:

Thanks to Nick and Ian Gotts (KL) for their contributions