John Thomas worked initially as a seaman from Cromer, and by 1881 he was a fireman in Clapham. In 1901 he was Chief Officer of the Bristol Fire Brigade.

He married Harriet Allen 1502 Blythe in 1879 in Bromley. Their children were:

Both John Thomas and his son John were Freemasons, John Thomas from 1900 and John from 1918. (See them and their families in the photo below)

Barbara Adams has kindly provided this photo with people’s names. 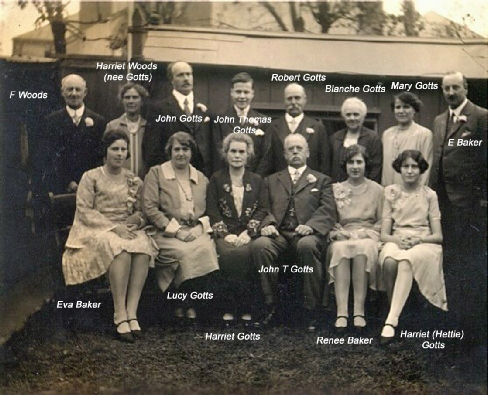 John married Mary Bagnall in Barton near Preston, Lancashire when he was a fireman in Birmingham. In 1939 he was a Sprinkler Inspector for the fire Service in Manchester. They also had a son John Thomas 1708, who fought in WW2. Click here for his story 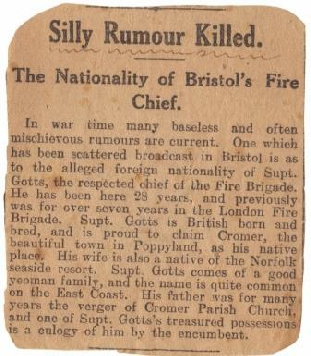 This newspaper item appeared in a Bristol newspaper about 1914/15 where he had to state that he was British and not German because of the surname.

For more incidents during wartime because  our name sounds German click here: