Henry Robert was a butcher in Cromer. He married Blanche Alice 1509 Massingham nee Smithson in 1883 in Erpingham district (presumably Cromer).

Their children born in Cromer were:

Robert Samuel Henry married Hilda Adelaide 1511 Kethro in 1921 in Bristol, so appears to have followed his brother there. 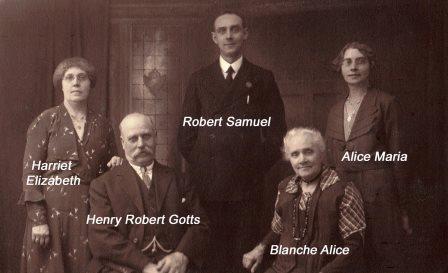 Barbara Adams has kindly provided this photo with people’s names. 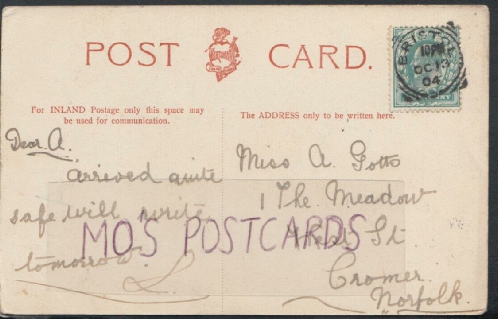 This postcard was on ebay July 2020 c/o Maureens Emporium.

Barbara thinks this will be from Lucy 1503 Gotts (2nd from left bottom row in previous photo, daughter of John Thomas) to Alice Maria 1508 above, daughter of Henry and Blanche. They were first cousins and Lucy must have been to stay with her.

You will have to buy the card to see if it is a photo of Cromer!