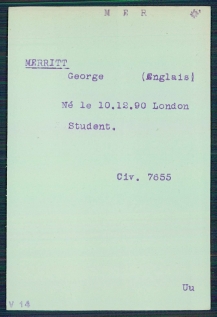 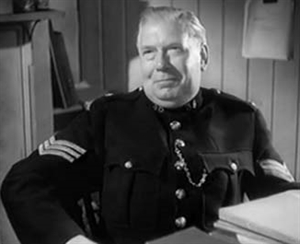 Hubert, son of Hubert, was born on December 10, 1890 in Clapton, London. He changed his name to Frederick George Merritt at some point when he took up acting as a career.

His probate record shows him as ‘Hubert Gotts or George Merritt shows him living in Lissendon Gardens, London.

He decided to study German theatre in Magdeburg, Germany in and was interned for four years at Ruhleben. His ICRC card and log entry for Ruhleben show his details.

This is him in Goodbye Mr Chips 1939 with Robert Donat

His career his documented on these sites and more: 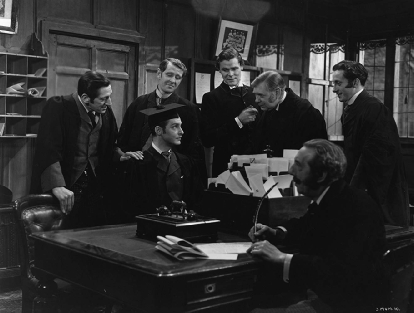