The Bushey, Herts branch of the family

Samuel 554 married Lydia 555 Welch and settled in Bushey, Herts. He was a watchmaker according to the 1851 census. Their children born in Bushey include:

John 621 married Louisa 625 Cain of Aldenham (though date and place not yet known) They lived in Bushey. Three of the five children survived:

Robert 624 married Annie 627 Vale in 1881 in St Pauls, Islington. They lived in Bushey and had four children:

Nothing further is known of the Warrington Gotts family at this point. 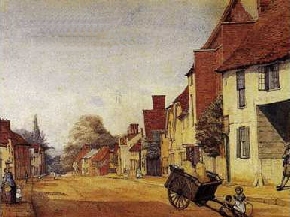