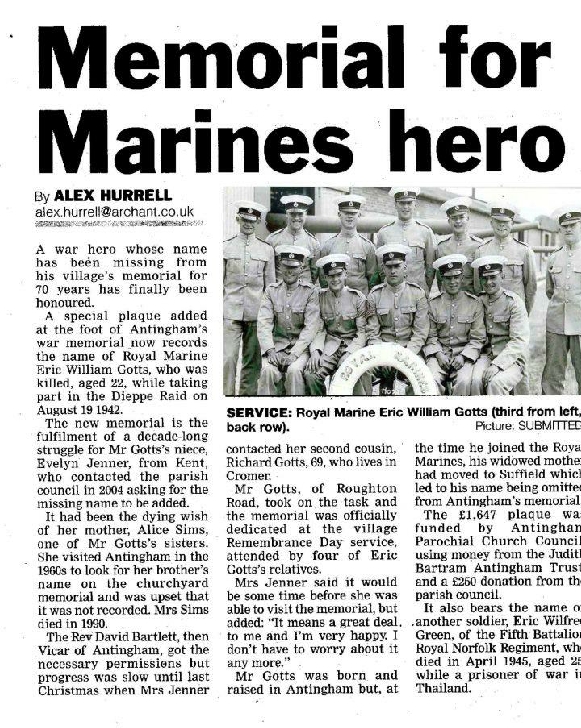 She visited the village almost a decade ago in 2003 to look for a memorial with her uncle’s name on and in 2004 wrote to Antingham Parish Council urging them to help her accomplish her mother’s wish.

She said: “Originally they were keen and passed my letter on to the Rev David Bartlett who was also keen to help. But now I have had no answer and I’ve virtually given up. “It would be a breakthrough if it happened as I want to be able to come and visit a war memorial with my uncle’s name on it.”

A spokesman for Antingham Parish Council said they had passed on Mrs Jenner’s letter to Mr Bartlett who would conduct the research necessary to get Eric’s name put onto a war memorial in the village.

And in a letter in 2006 to Mrs Jenner, said they were in agreement that her uncle deserved “to be remembered appropriately”.

They have since contacted the Royal British Legion to ask for their help.

Following the work by Evelyn Jenner and her second cousin Richard Gotts in Norfolk, an extra list of names has been produced.