Born in 1894 in Morston, Norfolk, Bertie served an apprenticeship as a grocer in Blakeney.

He emigrated to the USA in 1920 and worked for Ford Motors in Detroit.

He met up with Frederick Austin in Detroit, then moved to Abernethy, Canada in 1924 and worked on the Robert Middleton farm. 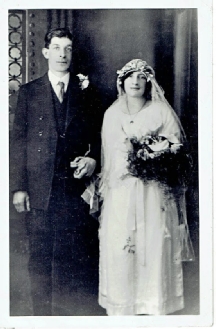 The map shows where they lived. The drive from Detroit to Endeavour is c 1500 miles, a huge difference in scale to their life in England.

In 1942 Bertie signed up and became a POW camp guard to avoid being sent to the front, according to his daughter Dorothy, Chuck’s mother. He spoke four languages: French, Arabic, Hindi and his native English, which prompted his wife Olive to declare it was the only one he couldn't speak, since nobody could understand his broad Norfolk accent! 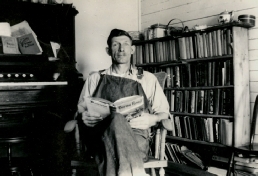 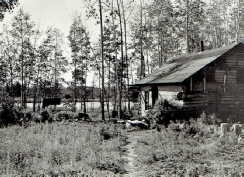 Bertie Reginald Gotts at the homestead in rocking chair.  Pump organ cost $25 including shipping from Winnipeg

He studied diesel engineering by correspondence when he was in the Veteran's Guard, and attended some trades training in Saskatoon, Saskatchewan after WW2, which enabled him to get a job at the Steep Rock mine in Atikokan, Ontario, where they retired.

Thanks to Chuck Newyar, Bertie’s grandson, for the notes and photos on these pages 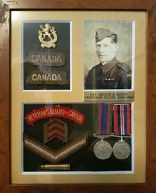 They bought a homestead near Endeavour for $50 in 1929. It had a log shack and 5 wetlands. 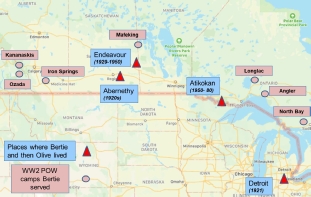